A Preview of the Journal of Advertising Research

WORD OF MOUTH: RISKS AND REWARDS 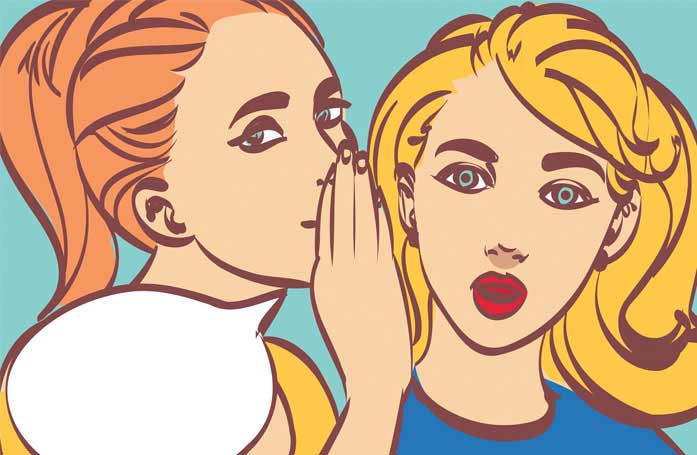 Speaker’s Box
The Politics of Consumption and the Consumption of Politics:
How Authoritarian Regimes Shape Public Opinion by Using Consumer Marketing Tools
Nicholas O’Shaughnessy, professor of communication at Queen Mary, University of London, examines the relationship between populist/authoritarian governments and consumerism. The tools for shaping public opinion are borrowed from the consumer economy, O’Shaughnessy argues, as he observes two manifestations of this, the one historic (Germany), the other contemporary (China and Russia). The historical reference “suggests a way of explaining the present era, in which a world of dictatorships has yielded … to pseudo-democracies, such as the Philippines or Turkey…. Both the promotion of goods (‘marketing’) and the parallel promotion of government (‘propaganda’) are essential to the rise of such pseudo-democracies and the illusions associated with them,” O’Shaughnessy notes.

Numbers, Please
The Downside of Digital Word of Mouth and the Pursuit of Media Quality:
How Social Sharing Is Disrupting Digital Advertising Models and Metrics
Foul play in the online viral space has intensified thanks to word of mouth and digital mechanics. The prevalence of “various forms of ‘digital pollution’—from spam to fraud and ‘fake news,’ has been accelerated and exacerbated by the rise of programmatic advertising,” comScore’s CEO Gian M. Fulgoni and VP marketing and insights Andrew Lipsman, write. “Metrics have been part of the problem but also promise to be part of the solution…. The fundamental metrics of media planning and campaign measurement—impressions, reach, frequency, and demographics—need a higher level of validation to ensure that the inventory being bought is clean, legitimate, and appearing in environments conducive to effective advertising.” Among those layers of validation, Fulgoni and Lipsman recommend: “the measurement of viewable impressions, sophisticated detection and removal of invalid traffic, and brand-safety protections.”

Research Quality
What Survey Researchers Can Learn from the 2016 U.S. Pre-Election Polls:
How to Fine-tune Survey Methods and Restore Credibility
What went wrong with the pre-election polls that completely failed to predict Donald Trump’s election as U.S. President, George Terhanian chief research and analytics officer of The NPD Group in Port Washington, NY, asks: “Mechanical failure or pilot error? Was survey research broken beyond repair, or did the pollsters crash the plane?” Terhanian’s thoughtful analysis not only addresses these questions; he outlines specific recommendations for improving survey research—a welcome complement to the survey industry watchdog AAPOR’s report, released in May. Terhanian’s expertise is underscored by his lead role in the design of the Advertising Research Foundation’s groundbreaking study, Foundations of Quality 2 (FoQ 2), a five-year initiative that explored and identified practices, methodologies, and technologies to improve the accuracy of online survey research.

Rethinking Short-Term Persuasion: A Proposed Approach for Marketers – A Holistic Examination of Brand Incentives’ Effectiveness to Drive Short-Term Sales
Leo Burnett Company, Inc. research heavyweights Carol Foley and David Kuhn, and strategy expert Elizabeth Harris offer insight into a model they are proposing to brand marketers to help them improve the effectiveness of using short-term incentives to drive sales. “Product innovation, the fragmentation of media, and the surge in digital and social-media platforms have forced marketers to increase their focus on short-term sales tactics,” the authors observe, “often with limited insight into their relative benefits and effectiveness.” In this robust study, the researchers interviewed more than 17,000 U.S. adults to understand their reactions to 186 incentive categories ranging from coupons and discount sales to digital games, loyalty rewards, and pop-up stores. Key to their findings: Consumers have their own way of processing short-term incentives, organizing them into 11 basic offering types, each delivering specific benefits. “Although no one of the 11 offering categories was perceived to be significantly more effective than any other,” the authors write, “there was a wide range of perceived effectiveness among the specific tactics within each.” At Leo Burnett, Foley is EVP and global director of knowledge, Kuhn is SVP and research director, and Harris is EVP and strategy director.

The Dilution Effects of Media Strategy on Brands’ Copromotion Efficiency:
Identifying Best Practices for Copromotion Media Planning
Companies often copromote brands and products to reduce the cost of their advertising investment and improve performance. This study investigates how media-planning factors, such as media use and scheduling, influence copromotion efficiency based on media-dilution effects. The work, by assistant professors Kyung-Ah Byun (University of Texas at Tyler), Doori Song (Youngstown State University), and Mikyoung Kim (Hongik University, South Korea) contributes to the existing body of research in this area by identifying media-planning factors associated with consumer purchase behavior. Using super-efficiency data-envelopment analysis (DEA) of point-of sales data provided by a large southern U.S. grocery chain, they compared the effects of media use (concentrated vs. extended) and scheduling (pulsing vs. continuous.) Among the results: Concentrated media use is more effective in improving copromotion efficiency than extensive media use. And, in short-term media scheduling, pulsing scheduling is more effective than continuous scheduling. “Understanding copromotion efficiency provides a gauge on how well the mutually invested resources are being used for better performance,” the authors write.

The Emergence of Generation Z and Its Impact in Advertising:
Long-Term Implications for Media Planning and Creative Development
Kantar Millward Brown regularly analyzes attitudes and reactions toward advertising. In 2016, its global brand director of media and digital based in Frankfurt, Germany, Duncan Southgate led a global study that included focus on young people ages 16 to 19 years—the older members of Generation Z, which typically is defined as people born between 1997 and 2011. Marketers increasingly will have to adapt short-term media-planning and creative-development tactics for this emerging cohort, Southgate writes. In fact, the implications and importance of Gen Z go well beyond their own spending power (whether personal wealth or via pester power) and should be used to shape long-term strategic marketing decisions. “Marketers, therefore, should be overinvesting (relative to their audience size and buying power) in Gen Z media and creative experimentation to plug the gaps in the current knowledge and further enhance understanding of an audience that is fast growing in importance,” Southgate believes.

WHAT WE KNOW ABOUT WORD OF MOUTH

Why Online Word-of-Mouth Measures Cannot Predict Brand Outcomes Offline:
Volume, Sentiment, Sharing, and Influence Metrics Yield Scant Online–Offline WOM Correlations
Authors Brad Fay and Rick Larkin address two critical questions: Does the visible conversation happening in social media accurately reflect consumer conversations about brands more generally? Is digital word of mouth a mirror onto the harder-to-measure conversation happening offline? The authors present evidence that legacy and digital WOM are “important to brand success, but brands rarely earn the same level of success both online and offline.” Building on a decade’s worth of research, they used four key metrics—volume, sentiment, sharing, and influence—to study the potential for correlations between online and offline conversations about brands. The upshot: there were almost no correlations, suggesting the need for marketers to develop separate digital and offline social influence strategies. Fay, chief commercial officer of New Brunswick, N.J.-based Engagement Labs, is widely known for his expertise in peer influence and consumer conversations. The firm he had cofounded with Ed Keller—Keller Fay—was bought in 2015 by Engagement Labs, where Larkin is VP in analytics.

The Impact of Word of Mouth via Twitter on Moviegoers’ Decisions and Film Revenues: Revisiting Prospect Theory – How WOM about Movies Drives Loss-Aversion and Reference-Dependence Behaviors
At Peking University, assistant marketing professor Yeujun Yoon and professor Young Joon Park collaborated with Charin Polpanumas, a Bangkok-based data scientist with the online retailer Lazada.com, to study Twitter’s significant role as an important social-media platform for generating WOM among moviegoers. In fact, the “effect of online WOM is well explained by prospect theory, the behavioral economics theory that describes the way people choose between probabilistic alternatives that involve risk, where the probabilities of outcomes are known,” the authors write. “Moviegoers’ reaction to WOM follows a similar pattern as prospect theory expects: reference dependence, loss aversion, and diminishing sensitivity.” One important observation suggests that “intensively advertising a movie before its release to attract moviegoers could backfire by raising the moviegoers’ expectations.”

Conditions in Prerelease Movie Trailers for Stimulating Positive Word of Mouth: A Conceptual Model Demonstrates the Importance of Understanding as a Factor for Engagement
In this article, a global team of authors investigate “the extent to which movie trailers influence WOM in the prerelease context by testing a conceptual model separately on the three most popular movie genres”: science fiction-fantasy, comedies, and thrillers. The five researchers—Chris Archer-Brown, lecturer in information systems and Julia Kampani, a PhD student at University of Bath; Ben Marder, lecturer in marketing at University of Edinburgh; Anjali S. Bal, assistant professor at Babson College in Wellesley, MA; and Jan Kietzmann, professor of innovation and entrepreneurship at Simon Fraser University in Vancouver—found evidence demonstrating that understanding a movie trailer plays a critical role in generating engagement about the film. “When viewers perceive greater understanding of the movie from the trailer, the prospect of liking it is significantly increased. This leads to a substantial increase in viewers’ intent to generate WOM and, ultimately, their willingness to pay to see the movie.” The authors believe that these and their other findings “can help studios develop prerelease engagement with the movie ahead of the critical first-weekend box office.”

What Makes Online Promotional Games Go Viral? Comparing the Impact of Player Skills with Incentive Rewards on Game Recommendation
Advergames provide interactive, online entertainment with an embedded brand, such that players engage in a virtual experience with the brand’s offerings. And companies use advergames to encourage viral spread about their brands. Should they emphasize game skills or incentives to generate WOM recommending the games to others? This was the research focus of Damien Renard, assistant professor of communication at Belgium’s Université Catholique de Louvain and Denis Darpy, professor of management and marketing Université Paris-Dauphine. The authors used two methods—an experiment and a field study—to confirm findings that “calling on players’ skills during the game experience positively affected the intention to invite friends to join the game. When the marketers added a system of incentives, players no longer were motivated to invite friends…” Moreover, the authors found, “viral promotional games differ from sweepstakes, because they provide a sense of control by demanding that players make an effort, whether by inviting friends or by demonstrating skills.”

Coming in September 2017: Shifts in Mobile Media and Marketing
Editor-in-Chief John B. Ford looks ahead to the September, 2017 issue’s special package, which will further advance the body of research on the nature of mobile and its use in cross-platform media strategies.