A Preview of the Journal of Advertising Research 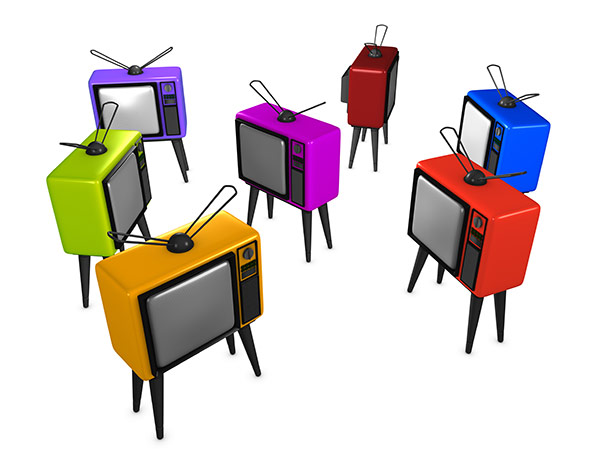 Editor’s Desk
Why Television Still Matters
Digital communications have stolen the media spotlight in recent years. Yet, says Editor Emeritus Geoffrey Precourt: “What digital zealots all seem to ignore is that this is still, very much, The Age of Television. The most powerful medium in terms of reach and even frequency is still a behemoth among all means of consumer engagement.” And, current issue’s television-themed articles, he writes “provide a package of evidence in support of that strength.” Precourt ends his summary with his annual acknowledgement of the Journal’s 40 Ad Hoc reviewers, each of whom he thanks by name, for the “thankless and anonymous task” of “filling the knowledge and availability gaps in the Editorial Review Board” managed by Academic Executive Editors John B. Ford and Jenni Romaniuk.

Speaker’s Box
The Impact of Cyber Attacks on Brand Image:
Why Proactive Marketing Expertise Is Needed for Managing Data Breaches
Why are typically consumer-centered companies failing to adequately prepare for, and manage the consequences of, data breaches; and why are marketers rarely involved? The questions posed by Kimberly A. Whitler and Paul W. Farris (Darden School of Business, University of Virginia) come on the heels of some of the biggest cyber attacks in history—Yahoo announced in December that more than 1 billion accounts had been compromised in 2013, after reporting three months earlier that an estimated 500 million user accounts had been stolen in late 2014. Whitler and Farris observe that most organizations close ranks behind their legal teams, leaving their brands’ marketing credibility vulnerable to damaging consequences. Drawing upon expertise theory, and using a number of case examples, the authors suggest ways for marketers to protect the brand and its equity when such data breaches occur. Additionally, the authors urge scholars to conduct empirical research that would inform cmos how to engage, lead, and establish data-security strategies that specify “who should be involved; the differing roles within the C-suite; how they should be involved; and best practices for preventing and managing the aftermath of data breaches.”

Numbers, Please
Measuring Television in the Programmatic Age:
Why Television Measurement Methods Are Shifting toward Digital
Putting themselves in the shoes of television advertisers, comScore’s Gian M. Fulgoni and Andrew Lipsman ask: “How can viewing of television commercials be measured effectively when tens of millions of people are watching myriad program options on different platforms?” Indeed, the authors note, traditional television-advertising measures are no longer relevant, because “audiences have become more platform agnostic in their viewing behaviors.” Fulgoni (ceo) and Lipsman (vp of marketing and insights) point to “cumulative metrics of reach, frequency, and gross rating points” that will need to be “calculated on a more granular basis, so that campaigns can be planned and evaluated with an understanding of how quickly their target audiences can be reached.” For digital tracking, “measurement increasingly must standardize around daily and weekly reporting.” Moreover, they add, “the legacy medium of television also needs to stand up to the potential of new platform-agnostic metrics with “standardization around more narrowly defined audience segments.”

Agency Creativity: Teams and Performance – A Conceptual Model Links Agency Teams’ Knowledge Utilization, Agency Creativity, and Performance
“Agency creativity is a product of team efforts whereby members interact to share knowledge, skills, and expertise to produce creative campaigns”—an “invaluable resource” for advertising agencies, note Jacqueline Lynch, principal lecturer at the University of Westminster, and Douglas C. West, professor of marketing at King’s College London and a visiting professor of Kellogg College, University of Oxford. Despite the value of the team effort, research in the field of advertising creativity has focused on the perspective of the individual. But team creativity “is not merely the aggregation of individual creativity,” the authors argue. They propose a conceptual model that links teams’ knowledge utilization, agency creativity, and performance—a model that they hope is a catalyst “on which to build future empirical research on the nature of team creativity in advertising agencies.” This is the first what will be an annual series of articles on the subject of advertising creativity in honor of Dr. West’s distinguished work in this area. Dr. West was executive editor of the Journal of Advertising Research from 2008 to 2014 and currently is contributing editor in charge of the Speaker’s Box column.

Do Resonant Ads Resonate with Consumers? The Interaction of Wordplay, Regulatory Focus, and Need for Cognition and Its Impact on Persuasion
Despite the prevalence of resonant advertisements—which employ a twist or deviation to create multiple meanings—little is known about their ability to persuade consumers. In their study of the primary effects of resonant advertisements compared to the non-resonant advertisement, authors Jieun Choi, an assistant professor of marketing at Kangwon National University; Charles R. Taylor, the John A. Murphy Professor of Marketing at Villanova University; and Doo-Hee Lee, professor of marketing at Korea University, examined two individual-level characteristics identified in prior research as possibly playing a key role in a viewer’s motivation to decode a resonant advertisement. The first involved regulatory focus, or the way an individual processes juxtaposed elements, much like solving a puzzle. Promotion-focused, highly motivated individuals have a greater ability to grasp multiple meanings in resonant advertisements, while prevention-focused consumers are less motivated to decode an advertisement and thus more likely will see only the literal meaning. The other characteristic was need for cognition, or the degree to which an individual enjoys activities that require cognitive effort. Among the findings: “Resonant advertisements can be particularly effective for individuals who are promotion focused or have high need for cognition.” And, “resonance does not appear to have an impact on prevention-focused consumers for any of the dependent measures of advertising.”

How Direct-to-Consumer Advertising for Prescription Drugs Affects Consumers’ Welfare: A Natural Experiment Tests the Impact of FDA Legislation
Consumer welfare appears to increase as a result of the U.S. Food and Drug Administration 1997’s ruling that allowed brand-specific advertising on television. That’s one of the findings by four researchers who used a structural econometric model to study arguments that direct-to-consumer advertising (DTCA) increases consumer knowledge versus contentions that it creates demand and higher prices for the advertised brands. DTCA also has a significant impact on both overall category sales and individual drug choices. But “detailing” —visits by salespersons to physicians offices— has an even greater impact than DTCA on overall category sales in the earlier part of the category life cycle, and also plays a larger role in individual drug choice. Author Prokriti Mukherji is a lecturer in marketing in The School of Management and Business, King’s College London; Ramkumar Janakiraman, an associate professor of marketing and a Business Partnership Foundation Research Fellow at the Darla Moore School of Business at the University of South Carolina; Shantanu Dutta, an expert on strategic marketing; and Surendra Rajiv, who was assistant dean of research and PhD programmes and Provost’s Chair at NUS Business School, National University of Singapore. He died in 2014.

Cross-Device and Cross-Channel Identity Measurement Issues and Guidelines:
How Advertisers Can Maximize the Impact of an Identity-Based Brand Campaign
The Coalition for Innovative Media Measurement (CIMM) in 2016 issued a report to its members about the best and worst practices in cross-device and cross-channel identity measurement. CIMM commissioned marketing consultant Evan Neufeld, principal analyst and cofounder of New York City-based Storyline Development, to “better understand the census-based methods for establishing consumer identity across multiple platforms and Internet-connected digital devices (including smart televisions).” CIMM also wanted “more transparency on methods for linking offline and online behavior for the same household or individual,” Neufeld writes in this excerpt of the report. His goal: “showcase the state of the art in these ‘identity technologies’; describe the landscape of different companies involved; and identify any areas for further innovation.” From this study, CIMM “identified several key areas that require additional focus by and across industry bodies,” including “third-party validation of key measures, such as match rates and accuracy; and industry-level education in terms of best practices for identity matching and assessment of data quality.”

WHAT WE KNOW ABOUT TELEVISION IN ADVERTISING NOW

Predictors of Commercial Zapping During Live Prime-Time Television:
An Observation-Based Study Identifies Factors That Drive TV Channel Switching
Curtin University of Technology (Perth, Australia) researchers Stephen Richard Dix, a senior lecturer, and Ian Phau, professor of marketing, used a combination of hidden observation and surveys to explore what drives “commercial zapping,” otherwise known as channel switching during television-advertising breaks (i.e. advertising avoidance). Although the authors can’t eliminate the potential of message hopping, they do offer counsel on how marketers can help ensure viewership: “There is no evidence to suggest that commercial zapping is cognitively driven…. Advertisers can restrict commercial zapping by limiting levels of irritation and repetition in their creative strategy and by restraining exposure in their scheduling strategy. Planners, agencies, and other stakeholders should strive to minimize the stimuli that may trigger commercial zapping.” Use of remote controls emerged as a significant driver of “zapping,” along with perceived clutter and advertising triggers.

Hedonic Contamination of Entertainment: How Exposure to Advertising in Movies and Television Taints Subsequent Entertainment Experiences
Four authors—three in the U.S. and one in France—offer what they believe are new research directions for understanding the interplay between advertising exposures and the way consumers respond to subsequent entertainment content and marketing messages. “Surprisingly little is known about the impact that exposure to marketing messages in these contexts may have on consumer experiences,” they note. “Consumers commonly voice irritation with marketing efforts that interfere with their hedonic pursuits” such as watching a sporting event or relaxing with a movie. “Advertisers who bundle product-placement efforts with traditional advertising might further prompt consumers’ skepticism and alertness with regard to the embedded messages,” they add. “Producers, distributors, and marketers of entertainment content, therefore, must be cautious of the commercial environment in which their content is consumed.” (Cristel Antonia Russell, associate professor of marketing at American University in Washington, DC; Dale Russell, associate professor at the Uniformed Services University in Bethesda, MD; Andrea Morales, Lonnie L. Ostrom Chair in Business and professor of marketing at Arizona State University; and Jean-Marc Lehu, associate marketing communications professor at Panthéon Sorbonne University in Paris)

What Makes a Television Commercial Sell? Using Biometrics to Identify Successful Ads – A Demonstration of Neuromeasures’ Potential on 100 Mars Brand Ads with Single-Source Data
The goal of this research, funded by Mars, Inc. was to identify evidence-based measures to inspire improved advertising practice and to explore the factors behind advertising effectiveness. Researchers from both industry and academia examined a huge dataset: more than 100 consumer-packaged-goods advertisements for 20 Mars, Inc., brands, combined with laboratory testing from more than 1,000 respondents. “Advertisers should strive to know in advance how the advertisement is supposed to work and match validated neuromeasures with that outcome,” the authors contend. “No single neuromeasure seems capable of identifying in-market success…. Marketers must select measures that match the intended response from the audience of that advertisement (e.g., laughter or being emotionally moved).” (From the University of South Australia’s Ehrenberg-Bass Institute for Marketing Science: Steven Bellman, MediaScience research professor; Magda Nenycz-Thiel, professor of marketing; Rachel Kennedy, associate professor; and Bruce McColl, industry professor; with Laurent Larguinat, director of the Mars Marketing Laboratory, and Duane Varan, ceo of Chicago-based MediaScience.)

Coming in June 2017: Advances in Research on Word-of-Mouth in Advertising
JAR Academic Executive Editor (North America) John B. Ford looks ahead to the June, 2017 issue’s special package about the use of word of mouth in advertising, summarizing the rich history of research on this topic published in this journal over several decades.